Back to Blog
Table of Contents
DoorLoopBlogLeasing

The Top 12 Best Cities For Real Estate Investments In 2022

Investing in real estate properties can be a really tough thing.

However, if there were a way for investors to have an idea of which real estate markets will probably be profitable, that could save tons of time.

And that's exactly what we are here for.

In this guide, we will be going over the best cities to invest in real estate in 2022.

To begin, we will be going over the metrics and data that will be used to measure every real estate market.

No matter where you live, the principles of real estate remain similar. The bottom line is that investors want to choose a rental property that returns the most on the initial investment.

How do you maximize the return on the real estate investment? You may want to consider these three things:

These things are extremely important to consider and will almost always get investors a profitable investment. There are also other factors of the housing market that greatly affect the profitability of investment properties.

These other factors can include:

Now, although the population growth and job growth are not directly about the housing market, they do have great impacts. Think about it, if you have more people, and more jobs, you will surely have more real estate potential.

So, now that we know all about how we figure out which housing markets have the greatest potential, let's go over our picks for 2022.

Please not that these picks are not listed in any particular order. Also, always make sure to do your own due dilligence and research before investing in any rental real estate.

First on our list is Nashville, Tennessee. Although the housing market here has been slowing down recently, this is a very relative term. Even with the slight decrease in growth, Nashville is still experiencing more demand for housing than their is inventory.

Also, since Nashville is the capital of Tennessee, it is the most populous city in the state. This has caused the city to experience immense population growth and job growth in the past years. The median household income has also grown by 6.6%, meaning there is more potential for cash flow from rental properties.

And, if this is't enough, experts predict a 19% growth in home prices in the next year. This is an extremely high increase and can definitely yield bountiful returns.

Next on our list of the best real estate markets for 2022 is Tampa, Florida. The median purchase price of a home in Tampa is around $323, 040. The average rent price is $1,970. Although these are only slightly larger than the national average, what stands out about Tampa is its growth.

These growth rates are far above national averages. This is the key factor that puts Tampa on our list of best places to buy rental property.

The next city on our list is Austin, Texas. The Austin real estate market has begun to really pick up, with some housing prices almost doubling in the past 10 years. It has also experienced a massive population growth, ranking first out of the major cities in the United States.

Also, for years, tech companies from California's famous Silicon Valley have been relocating to Austin. However, the ciy's growth has also been fueled by movers coming for low housing prices and low median rent.

Austin also boasts a 4.2% unemployment rate, much lower than the national average. This, along with low inventory, high rental demand, rising prices, and a soaring jobs market has caused Austin's housing market to boom. So much so that large tech companies, like Apple, Samsung, and Tesla have chosen to either fully relocate or set up large offices in Austin.

Up next on our list is Charlotte, North Carolina. The Charlotte real estate market has had a respectable increase of 16.4% over the past year, due to some key factors.

One of the most important factors that have caused this growth are the huge population growth and the giant job expansion. Also, its 25 colleges and universities foster a young workforce compared to other cities.

However, even though the population continues to grow and jobs continue to expand, the city is still relatively affordable. The median home price is stiting at around $329,961, and the average rent is $1,693. This is well below the national average, which means that people can move to Charlotte and enjoy affordable housing markets and growing job markets.

The fifth city on our list of the best real estate markets in 2022 is Birmingham, Alabama. Although this city used to be just a manufacturing city of the south, it has really turned around, becoming one of the highest appreciating cities in the country.

The Birmingham metro is also uniqeuly affordable. The median home price is only about $216,000 and the median rent is $1,312. Apart from this, Birmingham's recent revitalization has brought it tons of popularity. In the past years, Birmingham has managed to become a hub for publishing, medical research, banking, construction and technology job opportunities.

The next contender on our list of the top housing markets is Raleigh, North Carolina. As a memeber of the research triangle (consisting of Raleigh, Durham, and Chapel Hill), Raleigh is home to a plethora of tech jobs and opportunities.

Due to the high student population, about 43% of people living in Raleigh rent instead of buy. This is around 10% more than the national average, which is around one third. This also means that, due to the high rental demand, Raleigh is a hub for profitable rental investments.

The next location on our list is Las Vegas, Nevada. Although homes in Las Vegas sit at around $346,295, the appreciation rate is astronomical. Over the past five years, Las Vegas home prices have appreciated around 75%.

The rental market is also something to look forward to in Las Vegas. With relatively low vacancy and higher rent to income ratios, the rental outlook is very promising. Also, along with these promising rentals, the number of business in Las Vegas has also been increasing.

Home prices here have also soared, mainly because of the out-of-state cash buyers and investors. While the market is especially competitive, many buyers have been pushed to renting due to local competition. This push has caused a continuous increase in rental demand for Las Vegas.

Dallas, Texas is also looking like a promising real estate investment for 2022. The strong availability of housing stock and high retnal rates make it a very accessible market for investors.

One of the things that makes Dallas a strong investment for 2022 is its rapid job and population growth. This factor, coupled with its relative affordability makes Dallas extremely appealing for real estate investors.

In 2022, the average home price in Dallas is $338,000 and the median rent is $1,696. However, you can find even lower prices in the outskirts of the Dallas metro. Also, with the high median household income, Dallas is an extremely affordable housing market and attractive to new buyers and renters.

On top of all of that, Dallas, along with other parts of Texas, is quickly becoming the home of large tech companies. Coming from the famous Silicon Valley, large tech companies relocate to Texas for its affordable real estate and abundant inventory.

The next city on our list is Phoenix, Arizona. As the fifth-largest city in the United States, Phoenix has one of the fastest-growing economies in the whole country. They also boast a strong, and getting stronger, housing market and population growth.

One of the most improtant factors that put Phoenix on this list is the massive home value appreciation. The home price appreciation of 81% makes Phoenix a great option for any kind of real estate investor.

Phoenix is also an extremely affordable city to live in. With a median home price of only $269,175, Phoenix's market is not only affordable but growing at a rapid rate. Its more reasonably priced housing, lower cost of living, available workforce, and stable climate allows Phoenix to maintain a strong economy and housing growth.

The tenth city on our list of the top real estate markets for 2022 is Columbus, Ohio. With a relatively low cost of living and a diverse population, Columbus has become an attractive destination for young families.

Apart from being attractive to young families, though, it is also very attractive to real estate investors. This is due to it's low home values and low rent-to-income ratio that make investments in Columbus very promising.

These low home prices won't stay forever. In the past year alone, home prices in Columbus have increased a whopping 8.4%. This, coupled with a steady population growth over the past few years, has fortified the Columbus housing market.

Orlando, Florida, is known for its tourist attractions like Walt Disney World and Universal Studios. However, the Greater Orlando area is welcoming more than just visitors. There is a reported growth of 1,000 new residents every single week.

The good news for real estate investors is that 55% of these residents are renting their homes. This means that Orlando's rental market will more than likely continue growing past its current rapid growth.

Orlando's home prices have also been soaring in the past years. The year-over-year cahnge in home price in Orlando was 18.7%. The forecasted home price growth for 2022 is another 15.8%. These numbers, and the increasing population, all contribute to Orlando being ranked #2 in Forbe's Fastest Growing Cities in America.

Denver, Colorado is another rapidly growing region that has seen an increase in population, cost of living, and rent prices. Denver is also a very good city for rental investors as 51% of homes in Denver are renter-occupied.

The rental market in the city has seen a steady but consistent growth in the past few years. This growth has been driven by a buoyant economy that has also experienced an increased job growth. Tourism is also high, driving strong returns especially in the holiday rental markets. One of the greatest factors driving this job market is an incredibly low unemployment rate of 3%, well below the national average.

Denver is also in the top 10% nationally for real estate appreciation. It was also named the best place to live in the United States in 2016. All of these factors put together definitely make Denver a promising real estate investment.

Thank you! Your submission has been received!
Oops! Something went wrong while submitting the form.
Related
Leasing
Articles
View all >

Early Termination of Lease Agreement for Landlords: Everything You Need to Know 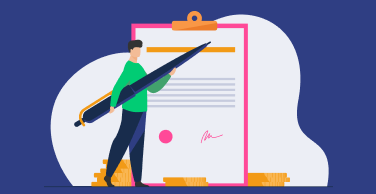